Born on the 16th August, Gregory Promise Bortey Newman AKA King Promise attended Nungua Secondary and after his completion took a two-year break from education to pursue his music.

The CCTV hitmaker acknowledges that within those two years he was able to learn and better his craft and music. It gave him great exposure. He however returned to school and completed Central University in the year 2018.

In 2016 he released his much anticipated single ‘Thank God’ which featured UK based Ghanaian musician Fuse ODG. Since then he’s registered his presence in the Ghanaian music industry and has a number of hit songs to his credit. 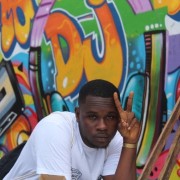 With Product You Purchase

This site uses Akismet to reduce spam. Learn how your comment data is processed.

Please consider supporting us by disabling your ad blocker